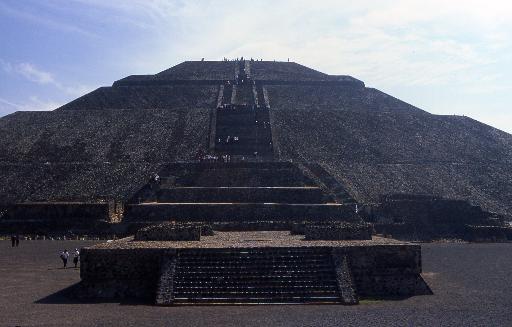 Teotihuacan is a sprawling metropolis built between 1 AD and 600 AD by a civilisation completely lost to history. The first ever reference to the site in modern history occurs when the Aztecs stumbled upon its ruins. Most of the site including its name were given by the Aztecs - which means we don't even know how it was originally called! "Teotihuacan" just means "the 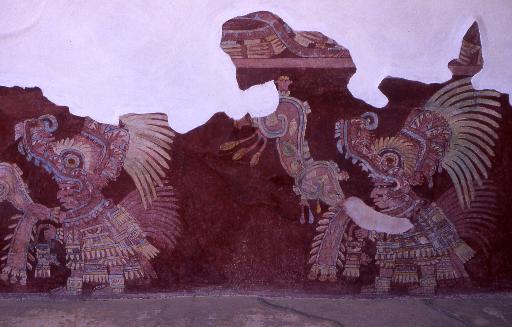 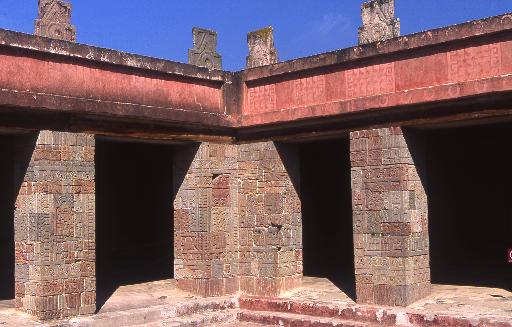 place where men became Gods", just an indication of the initial reaction of the Aztecs when they saw the ruins.

It was one of the biggest cities in the world of its times. The current site is arranged roughly along a N-S axis on both sides of a 2 mile long central road referred to as "way of the dead" because the Aztecs mistakenly identified the structures as huge burial tombs. The biggest structure on the site is the Pyramid of the Sun, a 70m tall, 220m wide structure - officially world's third largest pyramid after Egypt's Cheops and the nearby one in Cholula. I think, recently people have stumbled on a giant one deep in Guatemala's jungle. So in reality all three should be pushed down a rung. Mathematical details notwithstanding, the climb to the top of the pyramid is as tiring and the view from the top is as exhilarating as it can get.

The site also includes another shorter pyramid - Pyramid of the Moon - more symmetrically and aesthetically placed than the earlier one. Outside of the pyramids, the site boasts of some eye-catching murals. The best preserved ones include the "Jaguar with the conch" in the Palace of the Jaguars, "Paradise of Tlaloc" in the Palace of Tepantitla and exotic array of birds in the Temple of Plumed Conch Shells.

The site also hosts a really well maintained museum. Apart from housing the precious artifacts unearthed from the region, the museum also has a large scale model of the city.